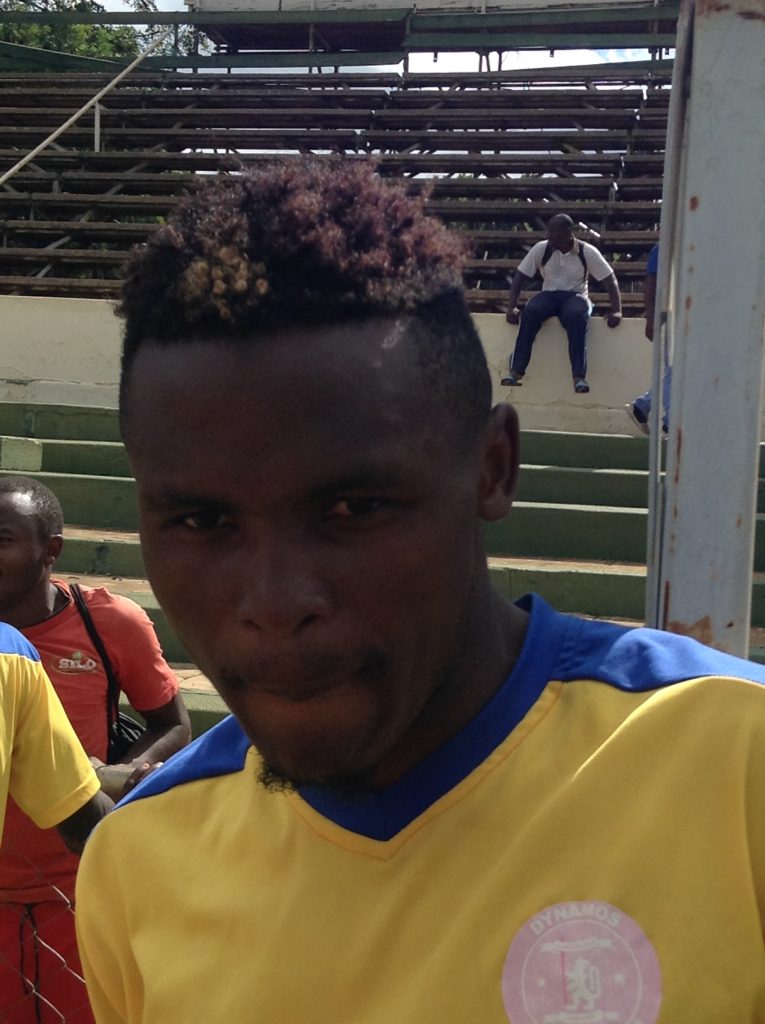 DYNAMOS Football Club new signing Albert Diego Eonde has refused to let the current Corona Virus lockdown dent his dreams and aspirations with the Glamour Boys for the upcoming season declaring he cannot wait to get onto the field of play.

The Cameroonian, who is expected to lead the DeMbare attack in the coming season, arrived from rivals FC Platinum after winning two league titles on the trot with the Zvishavane-based side.

The 22-year-old hopes the good fortunes will also follow him to Dynamos who last won the league title in 2014 under Kallisto Pasuwa.

“My dream is always to play for a club and achieve something and I think with FC Platinum I did that by winning trophies.

“I won two league titles with FC Platinum and I believe the trend can still continue. With hard work and commitment everything is possible and we have a very good team for that,” said Eonde.

“I have received a warm reception from the Dynamos family, starting from the executive, coaches and players. I really appreciate it, I feel at home.

“It’s a great feeling. As we all know Dynamos is the biggest club in the country and that has always been my wish to play in a big club and I’m grateful to be part of it, “ said Eonde.

His job description, according to the DeMbare technical team, is simply to score goals and help the team recover from years of poor fortunes.

DeMbare finished ninth in the race last year and had a very poor conversion rate which was even worse than all the relegated sides.

Eonde, who had six goals in the bag for the champions FC Platinum, has since embraced the challenge.

He was the leading scorer at the platinum miners last year but he will still have the extra burden of living up to the standards set by his compatriot Christian Ntouba Epoupa, who had illuminated the domestic Premiership with his goal-scoring prowess during his season-long stint at Harare giants in 2017.

Epoupa literally carried DeMbare on his shoulders in that campaign and came just short of challenging for the Golden Boot award with his 12 goals, which also earned him a place among the Soccer Star of the Year finalists.

“No I don’t feel any pressure on that. My only wish is to always give my best in the field, do my job well and enjoy football by helping the team to reach our objectives.

“I’m hoping for big things, working hard with the team to reach our objective which is to win the league and I personally want to help the team by scoring goals whenever I get the opportunity.

“My message to the fans is that, I promise to always give my best in the field, to work hard for the team and make them proud. I also like to thank my manager Gilbert Sengwe for supporting me all the time,” Eonde said.

Eonde arrived in Zimbabwe in 2018 with a lot of expectation. After joining FC Platinum together with Shadreck Mayembe from Zambia, there was pressure on the two expatriates to make a difference but the bar was always high.

His two-year contract was not renewed by FC Platinum this season and DeMbare pounced on the opportunity.

The Glamour Boys coach Tonderai Ndiraya has faith in the striker.

“Albert is a player with a lot of potential, hopefully this year he will score the goals that we are looking for as a team,” said Ndiraya.

“He is coming from FC Platinum and hopefully he will be a good buy for us.”

His debut for Dynamos has since been delayed by the outbreak of the coronavirus. The Premiership was supposed to start last month but the league has been forced to delay the announcement of the dates because of the coronavirus lockdown. Players are currently training in isolation.

“Tragically, it has affected a lot of things worldwide especially for us it has delayed the league as we were looking forward to start it.

“But we are still training individually following the programme dressed by our coaches to keep fitness level and others,” said Eonde.

A former Cameroon youth international, Eonde started his professional career at the age of 16 with lower-tier side Vipère de Ndiki, where he scored 17 goals in 20 appearances in the 2014-15 season.

He then joined Cameroonian giants Coton Sport Garoua, where he also excelled before moving to rivals Canon de Yaounde. This was followed by a short stint in Thailand where he played for second-tier clubs Pattaya United FC and Rayong FC.

DeMbare have been taking the gamble with the West African players following the big impression made by Epoupa in 2017.

But after Epoupa, the experiment with Claude Junior Ngahan and former Cameroon Under-23 midfielder Vincent Mbega did not work out well last year.