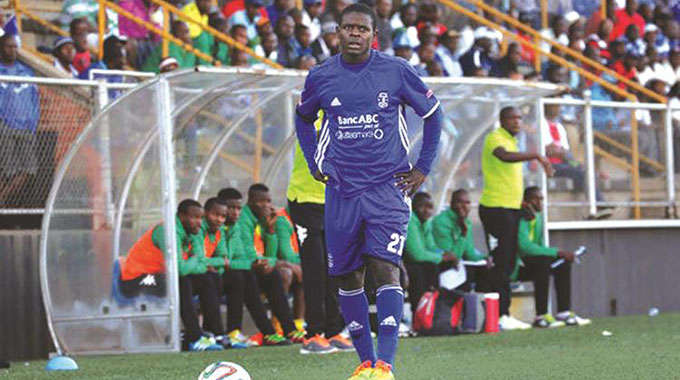 DYNAMOS FC utility player, Godknows Murwira, is booked to go under the surgeon’s knife this week.

Murwira’s knee was injured late last year and the injury was aggravated during pre-season training earlier this year.

He had been ruled out for the first half of 2020 season before the season was put on hold due to the coronavirus outbreak.

The season could start in August/September after the ZIFA Emergency Committee provisionally settled for that date last week.

And Murwira, who could have managed to play even without surgery, has now opted to go with the medical advice he has been receiving.

The former Ngezi Platinum Stars player has sought to take advantage of the window provided by this break to have the surgery.

“All things being equal, Godknows (Murwira) will be operated on during the course of this week,’’ he said.

“He is already booked for the procedure.

“The issue is that this coronavirus pandemic has affected everything in life. Under normal circumstances, he (Murwira) should have been operated on a long time ago.

“But, understandably, the process has been delayed. It’s now up to the medical team to choose when they can have the procedure, otherwise it’s booked already.”

Mupfurutsa said the club’s main concern was to make sure Murwira was successfully operated on.

“At the moment, we are mainly concerned about his well-being. He has to be in good shape. He is our player and we want to see him doing well and in a good condition,’’ said Mupfurutsa.

“This is why as a club, we decided to help him out. We can’t afford to neglect our players. Their wellness is our strength.

“We wish the operation goes well and he recovers from it as soon as possible.”

Normally, the type of operation Murwira will undergo takes between six to eight weeks to fully heal.

And, Mupfurutsa hopes all goes well for Murwira to be part of the Glamour Boys in time for the scheduled start of the delayed season.

Murwira is supposed to go back to his parent club, FC Platinum, at the expiry of his loan spell in December this year.

But, there is a possibility he will stay beyond that period on condition the two clubs find common ground as they are understood to have started negotiations towards extending the loan.