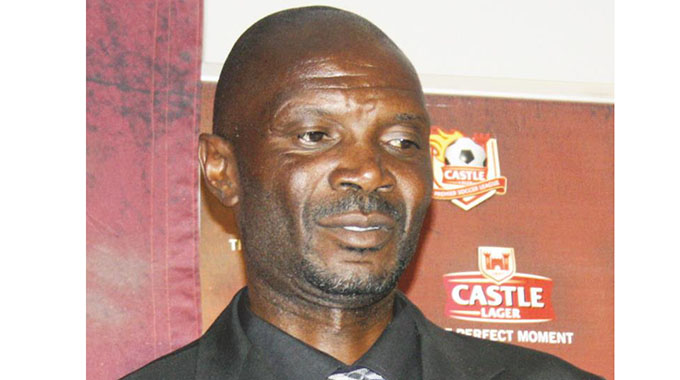 RECORD-BREAKING former Dynamos coach Kallisto Pasuwa has revealed he really wanted to return to the coaching post at the Glamour Boys two years ago but for the sake of his close friend Lloyd Mutasa he turned down the offer.

Mutasa was the coach at Dynamos in 2018 when, with the team terribly struggling for results, the executive sent out an SOS to Pasuwa to come and replace his friend.

However, Pasuwa said he eventually chose to reject the offer to take charge of the Glamour Boys because he didn’t want to be part of an agenda to portray Lloyd Mutasa as a failure.

What gave Pasuwa a serious rethink was that in 2011, coincidentally, he had replaced Mutasa when the Harare giants were struggling to keep up with the top teams in the race for the league title.

Pasuwa triggered a stunning turnaround of form at DeMbare that saw them eventually pipping FC Platinum for the coveted title.

Pasuwa was to go on and dominate the local league as he won 3 other successive titles between 2012 ansd 2014 before leaving the team to coach the Warriors.

Pasuwa’s critics charged he had hijacked Mutasa’s project in 2011 and credit needed to be also reserved for the latter.

Mutasa, however, was given another chance to prove himself at Dynamos after Pasuwa left.

But, when DeMbare hit a new low in 2018, the club’s leaders again turned to Pasuwa to come in and replace Mutasa.

Now, Pasuwa, for the first time, had revealed why he rejected the reunion.

“Remember, when I arrived at Dynamos as a coach back in 2011, it was Lloyd who was in charge,” said Pasuwa.

“I really wanted to come back but the fact that it was Mutasa again in charge made me think otherwise.

“I wouldn’t do that. It would have appeared as if I was backbiting my friend and the fact that I had agreed to take over seven years before, would have read like a series and soap opera with the same actors.

“That is the reason why I refused.”

Pasuwa said had it been any other coach in charge of DeMbare, he would possibly have reunited with the Glamour Boys.

“Had it been that it wasn’t Lloyd, who was in charge, yes, I might have bounced back at the team,” he said.

“Such is life in the football trenches, I know people say this and that about my relationship with Mutasa.

“But, I have to make this loud and clear.

“We have worked together since our playing days and we remain good friends up to now.”

After snubbing the offer to return to Dynamos, Pasuwa was appointed interim coach at Malawi giants, Nyasa Big Bullets.

He won the league title with the club before landing the post on a permanent basis.

He made it two league titles in two years when the club again won the league title last year.

Pasuwa is currently holed up in Malawi and, with football activities on hold in that country, just like in virtually every part of the world, he is managing his players through virtual means.

He has transformed himself into one of the country’s best football coaches since being thrown into the hot seat in the final phase of the 2011 season.