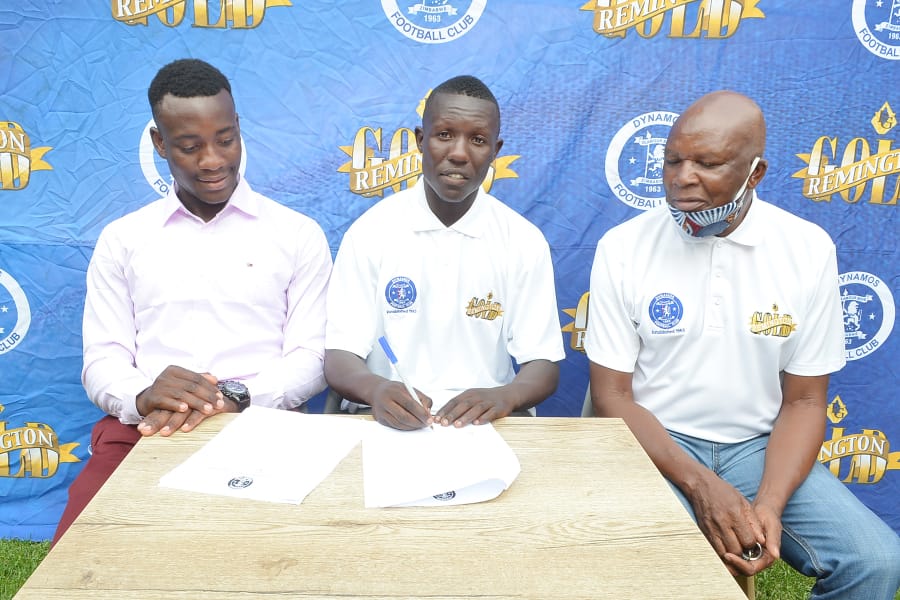 He feels he couldn’t resist the Glamour Boys’ offer when they came knocking on his door since this represents a huge leap in his career.

The 26-year-old striker had been a free agent since the expiry of his contract with Bosso in July last year.

“I am very happy to join Dynamos. Hopefully, it’s going to be a fruitful season and I look forward to achieving the best results,’’ he said.

“I would like to thank the coaches, and the management, for giving me the opportunity to play for one of the biggest clubs on the continent.’’

The forward signed a one-year deal with the option for renewal.

Makanda has been under the DeMbare radar since last year.

He is one of the five players who were unveiled by the Glamour Boys this week.

“It was not an easy decision. As you know, I had become part and parcel of the Highlanders family, during my stay there,’’ he said.

“The club helped me a lot to be a better player.

“It was also not easy to leave the Highlanders supporters, who have been very supportive.

“I would like to thank Bosso, their supporters and staff, for grooming me and helping me showcase my talents.

“Unfortunately, I have to move, in life you have to embrace new challenges.”

Makanda’s manager, Trust Nyambiya, said the move to DeMbare was the best for the player.

“Football is not just a sport for these footballers, they have families to feed, sometimes it’s all about following the best offers.

“This move is like moving from a cottage into the main house.

“That is to say your life has changed. The boy is happy to join the biggest club in Zimbabwe,” said Nyambiya.

The player ignited a social media storm in October last year after he signed a pre-contract with Dynamos.

The move was aborted as clubs battled to get direction on the status of the contracts, which expired during the coronavirus pandemic, when no football was being played.

Nyambiya said they were clear that the contract with Bosso had expired and they were looking for more options in Zambia and Tanzania.

“There is a difference between a deal and a pre-contract. We signed a pre-contract with Dynamos (late last year) which remained open to seek more opportunities outside Zimbabwe.

“There was a chance to move outside but Highlanders failed to produce his clearance on time citing that he lost their playing kits of 2018.

“So, they wanted to be refunded for that, which we did the day after the announcement of the lockdown.

“From there, we have been asking for the release letter but they have been saying their offices were closed,” said Nyambiya.

Makanda, who also once had a stint with Stellenbosch FC in South Africa, is one of the five players unveiled by Dynamos this week.