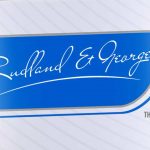 HARARE giants Dynamos Football Club say the Coronavirus lockdown that has caused the postponement of the start of the 2020 Premier Soccer League is set to impact heavily on the club’s budget for the season.

The PSL yesterday officially wrote to clubs informing them of the postponement.

“This, following the National Address by His Excellency President Emmerson Munangagwa issued on Tuesday 17 March 2020, the government has suspended all public events, gatherings and activities of more than 100 people for the next 60 days.” read the statement.

The Glamour Boys say they are now forced to go and take another look at their budget following the unexpected extension of the pre-season.

Club Chairman Isaiah Mupfurutsa while welcoming the government move, however bemoaned the adverse effects the coronavirus lockdown had on his team’s preparations.

“We started preparing for the season in January, with a certain schedule, as we anticipated that the league matches would start in March,’’ said Mupfurutsa.

“So, we invested a lot in the pre-season, beginning with the acquisition of the players.

“We also had training camps and team-building exercises. But the postponement means we have an extra two months of pre-season and more resources will be needed.

“As it stands, we cannot break training because we don’t know when this problem is going to be over.

“We need to keep our players fit, so the coaches will work on that.’’

Fortunately for Dembare, their current sponsor Gold Leaf Tobacco, through the Rudland & George brand, have pledged to continue taking care of all players’ salaries even during the duration of the lockdown as part of their 5-year sponsorship deal.

In the past, Dynamos used to rely entirely on gate takings for players’ salaries and bonuses.

“These days, gate takings only supply us with  our supplementary income, so when there are no games like this it means we have no additional income to take care of some of the operational costs that we meet every day,’’ the DeMbare boss said.

“This lockdown will also affect our sponsorship as well because our budget runs for a year. If we spend more on this pre-season, it actually means we are now eating away a chunk of our budget for the next season.

“And, the fact that there are no games going on, our sponsors will not be able to get mileage.

“It’s the same with the PSL sponsors.’’