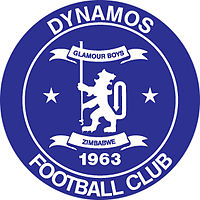 THEY might have been trapped in mediocrity in the past half-a-dozen years, in which they have even battled relegation but, over the course of the domestic Premiership, they remain the dominant football beast around.

The others were just one-off winners of the league championship during that period.

The dominance reached another level in the first decade after Independence as the Glamour Boys won the first four league titles before taking their number of championships, during that period alone, to seven in 10 years.

Only Black Rhinos, who won twice in 1984 and 1987, having to pluck some of the best players from both DeMbare and CAPS United to provide the foundation of their challenge, and Zimbabwe Saints, who won once in 1988, prevented a clean sweep.

The opposition offered a better challenge in the ‘90s, especially after Highlanders came of age and found a way to win their first league title in 1990, with Bosso taking home three championships that decade.

Black Aces, with one championship in 1992, and CAPS United, with another league title in 1996 — their first since Independence — took the other honours but, once again, the decade belonged to the dominant beast.

However, the new decade came with huge challenges for the Glamour Boys who were forced, for the first time in their history, to watch from a distance as others feasted on the honour that comes with being champions.

A resurgent Bosso won the first three league championships in 2000, 2001 and 2002 before being pipped in the 2003 marathon by Amazulu in a tight contest decided by just a point.

CAPS United, under Charles Mhlauri’s version of total football, won back-to-back league titles in 2004, in record-breaking fashion, and 2005, when they beat the challenge of a self-destructing Masvingo United on the final day of the season.

Bosso were back in business in 2006, their fourth league title during that decade, before DeMbare, under the guidance of David Mandigora, found a way back into the light by ending a barren 10-year-wait for glory.

Edward Sadomba was one of the stars of that campaign.

It remained the only league championship the Glamour Boys won in the first decade of the new millennium.

The last decade started with DeMbare again finishing second, to Motor Action, in 2010 before Callisto Pasuwa changed the script for them as they transformed themselves into champions in 2011, 2012, 2013 and 2014. Three of those titles were won by superior goal difference, twice getting the better of Bosso simply because they had managed to balance the goals they scored, and those they conceded, better than their bitter rivals.

All those four league titles were confirmed on the final day of the season and the final two championships were won, with a little helping hand in the drama of that Super Sunday, from CAPS United who destroyed the dreams of Harare City and ZPC Kariba in successive years.

While DeMbare haven’t won the league championship for six years, and the battles in the era of the domestic Premiership, which got underway in 1993, have been closer than in the old Super League, the Glamour Boys still remain the dominant football beast around.

It’s a measure of their pedigree that, in an era when they went 10 years without winning the league championship between 1997 and 2007, they still have the best return, in terms of titles won, since the dawn of the domestic Premiership.

DeMbare’s best run, in terms of points, was when they finished with 71 points in 1998/1999 but, they didn’t win the league then, as they finished second behind Highlanders, just a point behind the eventual winners.

The only other time the Glamour Boys breached the 70-point mark was in 2017 but, again, they failed to win the league as they finished two points behind FC Platinum.

Mhlauri’s CAPS United set the benchmark, when it comes to points in winning the league championship, by taking their tally to 79 en-route to being champions in 2004.

They won 25 of their 30 games, again another record, drew four and lost just one, against Bosso at the National Sports Stadium in a seven-goal thriller.

Nothing puts the Green Machine’s incredible adventure that season than the fact that Highlanders could only pick 78 points, in winning the league, in the 38-game season at the turn of the millennium.

With a further 24 points to play with, from the extra eight games, Bosso could only take their tally to 78, a point less than what CAPS United amassed, in 30 games, in 2004.

But, the bragging rights remain with the old beast, DeMbare, who have accumulated 1439 points in the era of the Premiership, Bosso are in second place with 1380 points and CAPS United are in third place with 1316 points.

Even after being deducted six points for using Tendai Mwarura and Edmore Mufema in two separate seasons, the Glamour Boys still rule the roost.