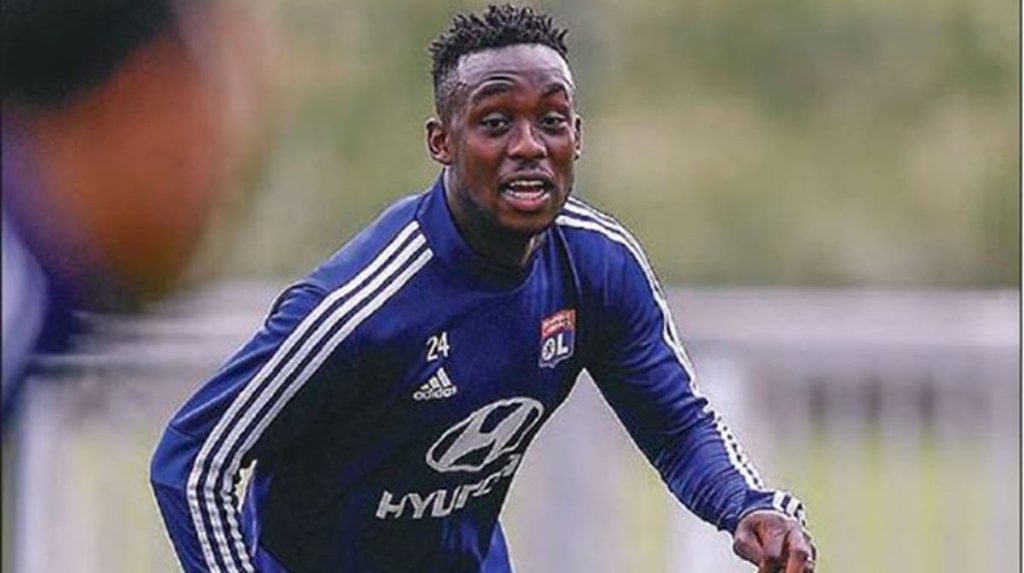 ZIMBABWE international striker, Tino Kadewere says being rejected by Dynamos Football Club in 2014 was a huge personal blow for him because playing for the Glamour Boys was a lifelong dream.

The lanky forward was offered to DeMbare by football manager Gibson Mahachi but the then Glamour Boys technical team felt the Prince Edward schoolboy wasn’t good enough after a trial stint.

Kadewere,18 then, was accompanied to the Dembare trials by his Prince Edward school teammate, Thomas Chideu, who also wanted to impress through trials.

A break into the biggest Zimbabwean club, Dynamos, remains a fantasy for many young footballers in Zimbabwe.

The Olympique Lyon forward has now spoken about the hurt he felt when his boyhood club rejected him.

“I was very sad because it was my dream team in Zimbabwe but, then, I did not give up,’’ he said.

“I kept on working hard and praying to God for the best.

“My brother Prosper kept telling me to keep a cool head and continue working hard.

“After that trial, Tino was rejected. He was devastated. I personally had to drive to Zimphos to collect him and he was quiet the whole journey.

“Those that had qualified were asked to remain for lunch. I had to talk to him and leave him home,” said Prosper who also doubles the player’s local manager.

Tino also spoke about his family and upbringing.

“My (late) father and my brothers inspired me the most.

“Growing up, I used to tell myself that I want to be better than them, people used to tell me my brother Prince was a star so I had to surpass that.

“I am not surprised (by what he has achieved so far), to be honest, because my whole family used to tell me that one day I will be one of the best players to come out of Zimbabwe.’’

DeMbare legend Moses Chunga, who has a good eye for exciting football talent, has already picked Tino as a star for the future.

Unfortunately, during 2014, Chunga had no influence at the Glamour Boys to force them to take Kadewere on board.