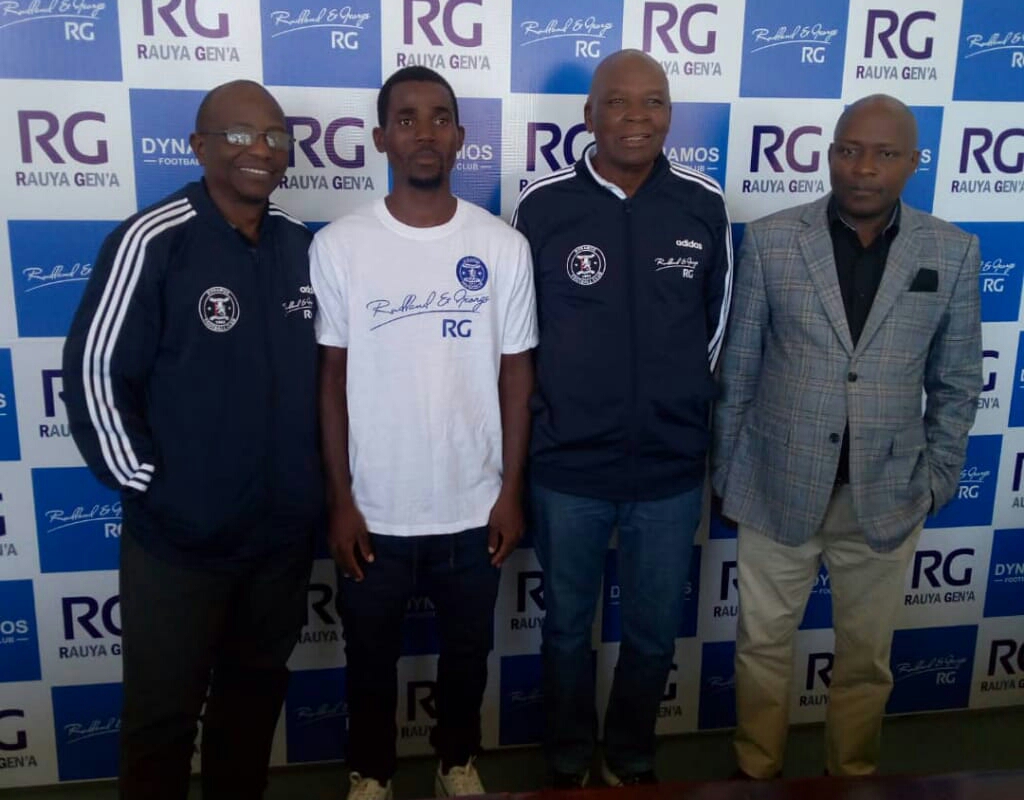 Mushunje (in white T-shirt) put pen to paper at the club offices and was immediately welcomed by Dembare officials present.

Mushunje did duty for Bulawayo Chiefs in the 2017 season. He then joined Mutare City in the middle of the 2018 season. Last season Mushunje played for Ngezi Platinum Stars.

He becomes Dembare’s 10th signing for the upcoming season as the club’s leaders fervently attempt to reposition the club on the apex of local football. Dembare has had disapponting sequence of seasons since capturing their last league title in 2014.

The capture of Mushunje and nine others has heightened excitement and belief among the Dembare faithful that this new season might bring back the good old times to them.