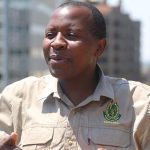 DYNAMOS Football Club have become the latest high-profile local football club to join the fight against the novel coronavirus pandemic.

The Glamour Boys are set to release a Covid-19 awareness video next week.

Zimbabwe, along with most of the countries across the world, is in a national lockdown as authorities battle to contain the spread of the epidemic.

Several football clubs, including those in South Africa, have since launched initiatives aimed at fighting the pandemic.

And Dynamos have seen it fit to join forces with other international partners to battle the pandemic.

Team spokesperson, Tinashe Farawo (pictured) says the video is just the start of the vast awareness initiatives that they will be carrying out.

“The coronavirus epidemic is real and ought to be given the special treatment it deserves,” Farawo said.

“The fight against the disease is everybody’s responsibility. People have to support the authorities in fighting the epidemic.’’

“As Dynamos Football Club, we know that our business is solely dependent on a healthy society.’’

‘‘Our business has been impacted upon big time and we know that the sooner this is contained, the better for our business.’’

“This is one of the many reasons why we have decided to join hands with some partners to spread awareness about the epidemic.’’

“As we speak, we have already done a video jingle, which will be released next week. Our players, as well as other stakeholders, feature in that video. It’s all about awareness.”

Farawo said the team wouldn’t rush into doing any fund-raising initiatives but, instead, saw it fit to use their influence to spread the word.

“Our power is in numbers and, since we are one of the biggest teams in the world, this has driven us to choose the awareness route.’’

‘‘We are urging every member of society to play their role in complementing authorities’ efforts to stop the spread of the virus.’’

“Depending on the time the coronavirus scourge will be upon us, we will always revise our intervention strategies but, certainly, we have to play a role in the fight against the ailment.”

The Glamour Boys join rivals Highlanders, who have since launched a crowd-funding initiative aimed at raising funds for one of the coronavirus isolation centres in Bulawayo.

Bosso have already raised a significant amount. “The crowd-funding initiative is aimed at raising money to be given to one of Bulawayo’s coronavirus isolation centres.

‘‘We call upon people, and other football clubs, to join hands with us. Together, we will win the war against this pandemic,” said club spokesperson Ronald Moyo.

While Bosso are making progress, DeMbare have sought to play their role by carrying out awareness campaigns.

Videos of Dynamos players, including newboys Juan Mutudza and King Nadolo, talking about the scourge, have since gone viral after being uploaded on the team’s digital platforms.

The start of the 2020 Premiership season was postponed due to the pandemic. 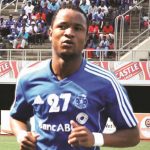 “The Dynamos Football Club Supporters family, led by National Executive Committee for the supporters’ chapters around Zimbabwe and beyond borders, would like to announce the establishment of a special fund to raise financial and material resources for our injured captain Partson Jaure.

The crowd funding initiative came about following our captain’s involvement in a nasty car accident on Sunday morning.

His head injuries require delicate and complex procedures by specialists and the whole process will not come cheap and hence the need for the crowd funding project.

The management of the special fund shall be overseen by our Supporters National Executive Committee together with the Jaure family to allow for transparency and accountability.

Our Committee shall also constantly liaise with the club’s executive committee so that us the fans, the Jaure family and the club leadership work together without mistrust or suspicion.

Lastly we would like to advise that this initiative is meant to complement or support our club’s valuable effort in meeting the medical bills of our beloved captain.

In this regard we would like to salute Dynamos’ Management for standing with our captain and his entire family during this very difficult time.

All contributions shall be channelled into the following platforms;

You can pay via channels like Ecocash, One Money etc using above Links..

Any one of the Dynamos FC Executive Members.”