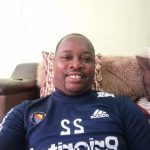 The older Kadewere passed on this morning with initial sources indicating that he was battling pneumonia.

During the 2019 season, Prince was coach of ZIFA northern Division One side Beta X1 which finished 10th on the log standings.

HYA academy was established by their late father, Onias Kadewere in 2002 but had closed its doors back in 2017 due to economic challenges.

Funeral arrangements are still being worked on and mourners are gathered at the family home in Highfield.