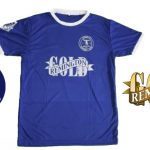 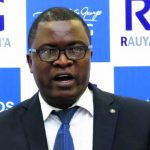 DYNAMOS chairman Isaiah Mupurutsa says they have since started working on life after Covid-19.

The local Premiership was suspended over two months ago with a framework for the way forward currently being worked on.

Mupfurutsa said the focus now is on preparing their life after the lockdown or whenever time they are allowed to resume football.

He viewed the life after Covid-19 lockdown as a loss in waiting as he said more costs wait for the club.

“Sooner or later we will be going back to our normal lives. The before and after coronavirus life won’t be the same. We will have more bills to take care of upon resuming training.”

“It’s a loss in waiting. We will need money for the protective clothing, sanitisers, face masks and disinfectants among other things,” said Mupfurutsa.

The chairman vowed to have all the protective clothing for the club.

“There will be a lot we didn’t plan for that will be required and we will make sure we provide all the prevention clothes. We won’t compromise on health and we are already planning for that life.”

“It won’t be easy but we will fight. We will put it on our priority list. Their health is our number one priority,” he added.

Mupfurutsa, who has been preaching the gospel of commercialising the club, said the programme is on the right track.

They recently launched a platform for selling replica jersey and said they are pursuing a licence that will help them have distributing agents.

“We are on the right track in terms of commercialising. We are starting with the replicas. We will have our nominated agents not the norm of seeing everyone and anyone selling our replicas.

“We want fans to buy the replicas as a way of helping or contributing to the team. We are at the final stages of registering our business and that will guard us from anyone who will sell our jerseys without our permission. With a license we will be able to apply the law.”