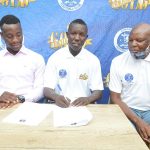 DYNAMOS have signed striker Tinashe Makanda (pictured centre) from arch-rivals Highlanders as the club continues to do business at a time when local football has been shut out by the Covid-19 pandemic.

Makanda’s contract with Bosso is said to have expired in June and the player was understood to have been angling for a move to FC Platinum.

But DeMbare acted swiftly and on Wednesday they signed the forward.

However, the club’s officials are not confirming the move.

Dynamos Secretary-General, Webster Marechera, who was pictured with Makanda in full DeMbare-branded regalia, tried to claim he was not aware of the developments.

“We have not signed Tinashe Makanda and Trevor Mavhunga,’’ he said. “We are not aware of those deals, maybe someone took the picture.

“We are not signing players.  Someone should have taken the picture and posted it on social media.  It’s social media stuff,” said Marechera.

Highlanders spokesperson, Ronald Moyo, could neither confirm  nor deny that Makanda has joined Dynamos.

“We are not commenting on that issue,” said Moyo.

Chadya, who was voted the Mhondoro team’s Most Improved Player after conceding 21 goals in 31 games while keeping 13 clean sheets last season is understood to be split between Dynamos and FC Platinum.

His contract with the Ngezi side expires at the end of the year.

Coach Rodwell Dhlakama has brought in former Triangle goalkeeper, Chang Marion, as well as Issah Ali from Yadah, to the club.

If Chadya eventually joins Dynamos, he will reunite with his former coach Ndiraya, with the duo having worked together for close to three years at Ngezi Platinum Stars.

The relative stability at the Glamour Boys has been attributed to their principal sponsors, Gold Leaf Tobacco.

“All the activities happening, and the stability we have at the club, wouldn’t have been there without the support of our dear sponsors, Gold Leaf Tobacco, though the RG brand,” said club executive chairman, Isaiah Mupfurutsa. 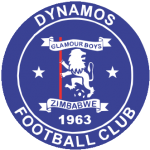