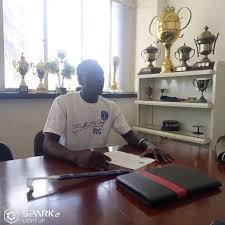 Mvula who joined DeMbare from Hwange FC at the beginning of the year, remembers the slap he got from his coach after straying while courting a girl’s favour.

“We were travelling to play in Hwange when I admired a passing girl and I followed her. Ncube and the team manager found me absent.

“When they asked where I was, my teammates said I had followed a girl. When I came back jogging, the coach asked me where I was and, as I was about to tell a lie, he slapped me in public,” said Mvula.

The goalkeeper said after being slapped in public, he tried to leave but Ncube insisted that he (Mvula) would be in goal despite being in an angry mood.

“After the match Ncube came to me and said he wanted me to go far in my football career.

“I met him when I was with Hwange and he reminded me of the incident and his words. He said he was moulding me into a great player,” said the Victoria Falls born star who attended Chinotimba Primary School and Mosi Oa Tunya Secondary School.

He later graduated to Division One side Victoria Falls United who released him to Hwange Juniors.

He later was promoted to deputise, Timothy Sibanda, the son of legendary Wankie FC, Chibuku Shumba and Rhodesia goalkeeper Posani.

“The person who inspired me in football is Wellington Majazi, the former Intundla goalkeeper,” said the 27-year-old goal minder who is at the prime of his career.

Mvula who regards Ncube as one of the best coaches he has worked with, said he had left Hwange in pursuit of new challenges.

Mvula is among the 2020 season’s acquisition expected to turn around the fortunes of the country’s most successful club Dynamos.

He is touted as a national team prospect.