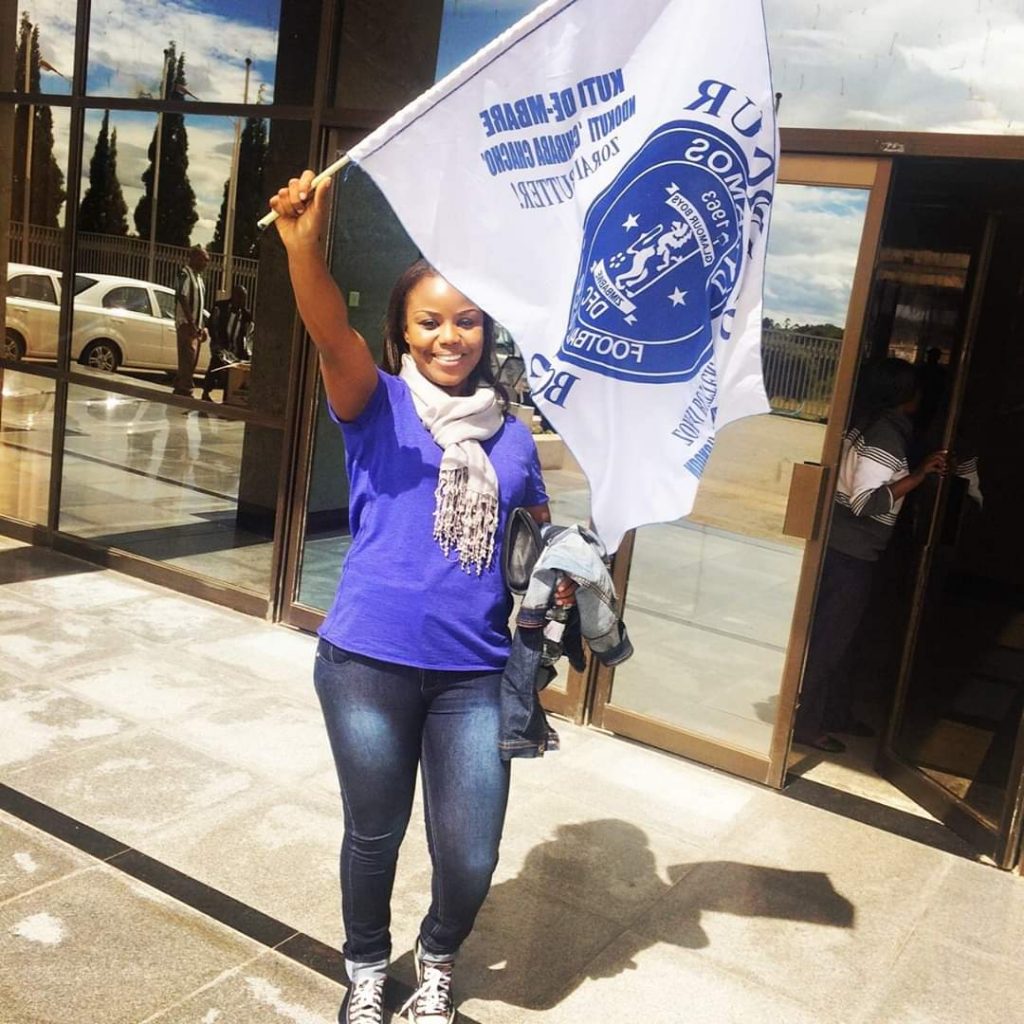 So Advocate Fadzai Mahere is a staunch Dynamos fan.

The prominent lawyer and opposition activist revealed this in a Tweet yesterday where she posted a file photo of her flying the Dembare flag proudly.

She added a simple caption “Dembare”.

The Tweet elicited thousands of likes and responses from fellow Dembare fans, other teams’ fans and politicians alike.

Fadzai may have been looking forward to the start of the new football season that has however been shelved due to the ravages of the deadly Corona Virus.