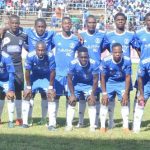 DYNAMOS Football Club have announced ambitious plans to sign twinning arrangements with some of the continent’s big teams when the team leaves for South Africa for pre-season warm-up matches soon.

The Dynamos Executive led by ZimParks boss Tinashe Farawo has been on a charm offensive lately taking the team on a professional path that has warmed the hearts of fans and neutrals alike.

They have so far done most of their transfer business early in the year, signing 14 players, something that used to be alien to Dembare.

They have already taken the players to Lake Chivero for one of periodic camps for ideal orientation to the team’s principles and their general bonding.

Now the Boys In Blue are scheduled to tour South Africa where they are billed to play high-profile friendly matches with both top-flight and lower division clubs from that country.

Farawo says plans are at an advanced stage for the tour to South Africa as well as other countries within the region before the 2020 season commences.

“We are a club that should be setting examples. We are saying the way we played in 2019 was not acceptable to our brand.”

“We are following the technical team’s recommendations that is why we have signed all those players. We work together very well and as a team.”

“We are well geared for the 2020 season where we will be back at our best. We are holding several camps in the country’s resorts and next week we will continue with those bonding camps in Shamva.”

“Of course, we will tour several countries in the region including South Africa this pre-season.Plans for the team to go to South Africa for a pre-season camp where we will play practice matches against both top-flight and lower division teams in that country are advanced.”

Farawo said the Glamour Boys will sign partnership agreements with some of the region’s big teams which will see the country’s biggest and most successful team exchanging notes and personnel with those clubs.

“The idea is to make Dynamos a big entity. So we are strategising on how we will go about it.”

“There are teams in the region, including of course in South Africa, which we are talking to at the moment. We will partner some and twin with others. Football needs modern strategies and that is one of the ways to go.”

“We believe our brand is big and by partnering other big brands in the region, we will make it even bigger. Of course, we will eventually make better engagements with other teams in leagues across the globe. But we have to start within our Southern Africa region.”